Vaginismus is a kind of penetration disorder affecting women where vaginal penetration for the purpose of intercourse, or gynaecological examination, or Pap smear or any other such activity is either extremely painful or impossible.

What are the symptoms of Vaginismus?

Vaginismus Symptoms may vary from person to person. Woman with vaginismus may experience mild to severe coital pain and may include:

There are some other conditions which can result in very painful sex, like endometriosis and this must be differentiated from those conditions. Whereas endometriosis would result in pain during deep penetration.

What are the types of Vaginismus?

What causes pain during penetration?

Vaginismus results from involuntary spasm of specific muscles around the vagina which is not under the control of the woman. The woman does not however contract these muscles voluntarily.

One is not very sure why vaginismus occurs in …% of women. Vaginismus causes may be due to a combination of following:
Psychological: A sense of hyper responsiveness to touch maybe as a general nature or because of increased anxious personality. Fear, guilt, negativity regarding sex, emotional trauma can all produce a fear psychology making it difficult for women.

Sometimes Vaginismus maybe a result of a bad sexual event having occurred in the past.

Muscle Dysfunction: Some researchers believe that Vaginismus maybe a result of abnormal contraction of the muscles surrounding the vagina probably by child birth. The woman cannot differentiate between relaxed and tight vaginal muscles. Medical conditions like Urinary Tract Infections, Pelvic tumors, STDs can also cause vaginismus. 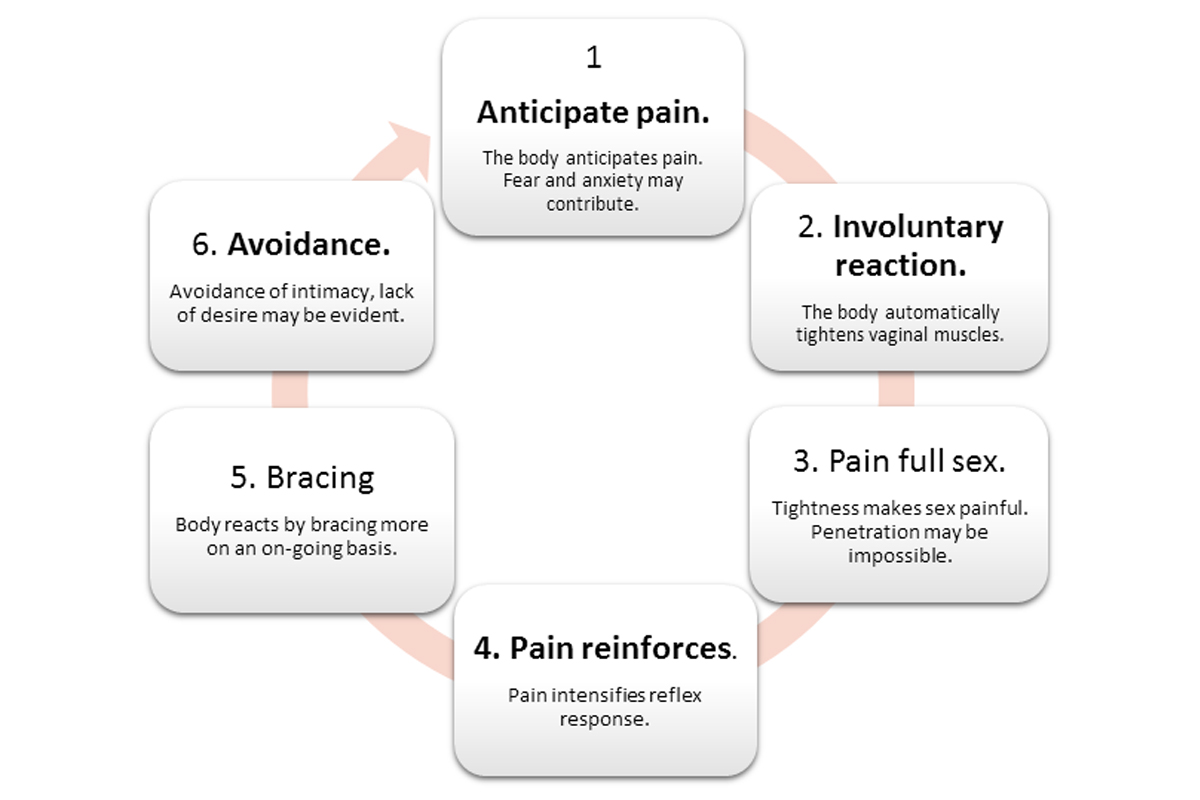 How is the diagnosis of Vaginismus made?

Your doctor will ask for a complete history and try and understand the exact nature of your problem. You would then be examined and during the course of this examination he or she would be able to understand the spasm of the muscles and also gauge the severity of it.

How to treat Vaginismus?

A complex problem like Vaginismus cannot have a simple, one point approach. The treatment is a combination of Psychological counseling, Behavioral therapy, Use of Vaginal Dilators and use of Vaginismus medications like Botulinum Toxin (BTX) - a purified neurotoxin protein that can be used therapeutically - to relax the muscles around the vaginal area. Treatment for vaginismus involved visiting Vaginismus Specialist who will provide Vaginismus Therapy. To know more about Vagisnis medication for Vaginismus offered by us. click here

What is success of the Vaginismus medication in the treatment for Vaginismus pain?

Vaginismus success depends on the involvement of the couple as a pair rather than the woman as an individual. It depends on the pro-activeness of the woman to accept and embrace treatment and come for the counseling sessions and also follow instructions as given from the clinic. By and large success of Vaginismus medication is almost 100% in most cases. However long term follow up is definitely required to ensure relapses don’t happen.

Post your details in case you want a call back

Note: Patients outside are requested to mention their WhatsApp number for easier communication.